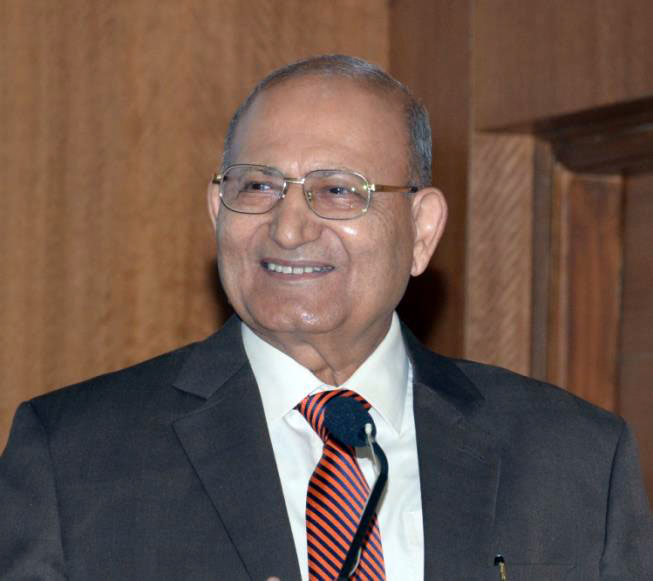 Dr Raj S. Paroda is the founding Chairman of TAAS. Dr. Paroda has made valuable contributions in the field of agriculture both as a researcher and an able administrator. He contributions in the field of plant breeding and genetic resource management are globally recognized. During the period 1994-2001, Dr.Paroda spearheaded and modernized the national agricultural research system (NARS) as Director General, Indian Council of Agricultural Research (ICAR) and Secretary, Department of Agricultural Research and Education (DARE), Government of India. Under his dynamic leadership, more than 30 new national institutions were created in crops, horticulture, livestock, natural resource management, fishery, agricultural engineering and social science sectors. The prestigious National Agriculture Technology Project (NATP) to reorient agricultural research, education and extension system of India was designed and negotiated with World Bank for US $ 250 million in 1998 under his dynamic leadership.

Dr.Paroda is the main architect of one of the world's largest and most modern National Gene Bank in New Delhi, housing now more than 250,000 valuable germ plasm accessions of different crops. The impressive National Agricultural Science Centre (NASC) Complex, built on Pusa Campus, was mainly his initiative and vision. International Crop Research Institute for Semi Arid Tropics (ICRISAT), Patancheru and the Agriculture Research Institute of Kazakhstan have named their Gene Banks after Dr Raj Paroda in recognition of his notable contributions in the field of genetic resource management.

Dr Paroda has been conferred Fellowship of most National Science Academies like, INSA, NAAS, NASI. He was elected as General President of the prestigious Indian Science Congress in 2000-2001. Among international recognitions, he was elected as Fellow of Agricultural Academies of Russia, Georgia, Armenia, Tajikistan and the Third World Academy of Sciences (TWAS). He also served as President of more than a dozen Agricultural Scientific Societies in India. Both American Society of Agronomy and the Crop Science Society of America awarded him the prestigious Honorary Membership in 2001.

For the overall benefit of farmers, lately Dr Paroda served as Chairman, Farmers Commission of Haryana, Chairman of Working Group on Agriculture and Member of Rajasthan Planning Board. Under his direction, the State Agriculture Policies both in Haryana and Rajasthan were approved. Currently, he is a member of Strategic Impact, Monitoring and Evaluation Committee (SIMEC) of CGIAR and also serving on the Board of International Fertilizer Development Center (IFDC), Muscle Shoals, Alabama, USA. As Chairmen of the Trust for Advancement of Agricultural Sciences (TAAS), his goal during last two decades is to link science to society through policy advocacy and public awareness.